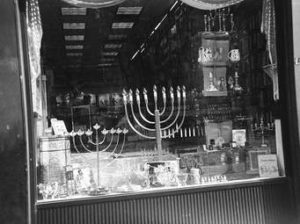 The wonderfully joyous holiday of Chanuka occurs this month. In light of the horrific events of the past few months, the message and lights of Chanuka could not come at a more appropriate and necessary time. For Chanuka, in its essence, represents the ability to withstand oppression and evil, coercion and bigotry, and to believe in the improbable miracles that have always marked Jewish history and advanced the cause of all human civilization. The story of Chanuka is made up of two radically different components. One is the war, the battles of the Hasmoneans, the blood spilled and the casualties sustained, the human sacrifice and tragedy that always accompanies the struggle for Jewish survival and a better world for all humankind. The other is the miraculous, supernatural event of the small pitcher of oil that supplied oil for eight days while physically holding oil only for one night. Chanuka is thus the culmination of man and God in the joint effort to improve our world and society. There is no message that could be more fitting for us this Chanuka season than this one.

Our current struggle, whether here in Israel where we face a foe (just as the ancient Syrians of Mattisyahu’s time) that has yet not reconciled to our right to exist in our homeland and be different than our neighbors, or in America where terror stalks the land, if not in fact any longer but certainly in mind, requires of us these same two elements that make up the Chanuka story. There are no cheap victories in the cause of human progress and freedom. “According to the effort and the pain is the reward,” was one of the favorite aphorisms of the rabbis of the Mishna. We, the Jewish people, out of all nations should realize by our history how costly the battle for good and fairness and tolerance and independence truly is. Assimilation, ignorance of Jewish values, fear of losses, fright as to being a minority, are all eventually to be cowardice in the Jewish view of things. Risk, sacrifice, devotion, integrity and tenacity are the weapons of the success of the Chanuka story. They are our weapons of success today as well in our war against terrorism in Israel and worldwide.

Light in the world cannot be judged as being man-made alone. We do not have enough fuel by ourselves to light eternal lights that burn on for centuries and millennia. According to most historians this year is the 2165th Chanuka. That is a pretty long time to keep a flame going. But since this flame is inspired by faith in the Creator and by loyalty to His value system and lifestyle and is not merely the product of another good human idea, its eternity is guaranteed. It is the miraculous, the unexpected, that makes for the natural continuity of Israel and goodness in the world. So, as we light and view the flames of Chanuka in this troubled year, literally in the winter of our current discontent, we should take heart and hope about the eventual triumph of good over evil, of holiness over profanity, of the few over the mighty many, of the original story of Chanuka repeating itself  “in our time as in those days.”  So, may I wish you, my friends, a happy, joyous, meaningful, memorable, and latke/doughnut filled Chanuka.

The New York Giants and Tefillin

The New York Giants and Tefillin