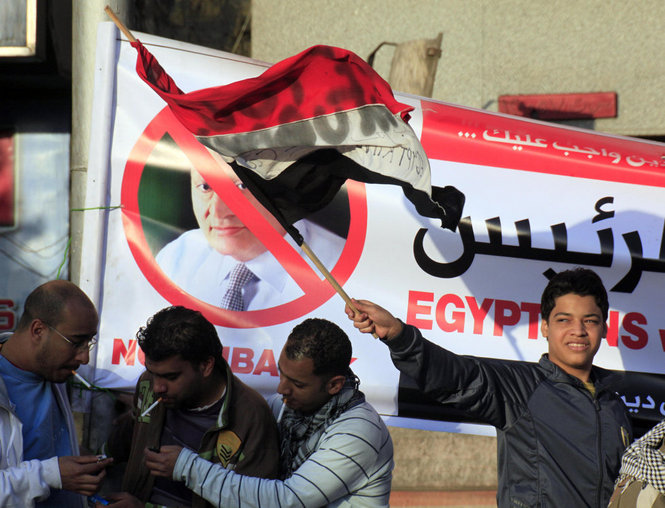 The December 2001 edition of Wein Press had this to say about Mubarak’s Egypt:

Egypt is the most populous of all of the Arab states. It is also desperately poor, with almost half of its population living below its already artificially low poverty line.

A majority of its population suffers from a variety of diseases, many of them mosquito-borne, a product of the Aswan Dam/Lake Nasser project of the 1950s, which created an enormous mosquito-breeding, disease-spreading ecosystem.

Egypt has been propped up for a number of decades by many billions of dollars of American aid, but the endemic corruption that wracks Mubarak’s authoritarian government has sapped, skimmed and misused a great deal of these funds, so that the average Egyptian has benefited little from the American generosity. Most of the officially accounted for American aid was spent and used to purchase enormous amounts of military equipment, a fact that is most disquieting to Israelis.

The Egyptian press is filled daily with the crudest form of anti-Jewish articles and cartoons. Egypt’s educational system is in shambles, though the strident anti-Jewish tone of its schools’ curriculum shows no sign of improvement or correction.

Egypt is a disaster waiting to happen.

Mubarak is in his seventies and what will happen next is open to discussion. Instead of being part of the solution, he has made himself part of the problem. Mubarak denounces American aid to Israel, makes dire predictions about the future of the Middle East if Israel does not agree to Arafat’s maximalist demands, and whistles past the graveyard of the pressing problems in his own government and country. Instead of his current obstructionism and militancy, he should initiate at the very least incremental changes for the better in Egyptian society and diplomacy and they should begin now while he still has the authority and prestige to carry them through.