Jews, Money, and the Talmud 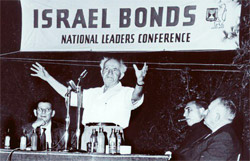 If anyone has come to this article for financial wisdom or advice, I’d like to disabuse you of that at the onset. I have no more idea than you do as to how this turmoil will finally settle. Hopefully, it will settle soon.

What I want to explore is why the Jewish people has such an intimate connection with finance. In the eyes of the world, that connection is often completely exaggerated, but there’s an element of truth to it. And that element of truth stems from three sources: the Talmud itself; the simple practicality of the types of work that Jews were allowed to do; and the historic association of Jews with great financial enterprises. So let’s take this tour of monetary history together.

The Talmud sees money as an important thing. The Catholic Church, in contrast, preaches poverty as a virtue. Judaism has never done that. The Talmud states, “An impoverished person is like a dead person.” By that, it means that a person who doesn’t have the wherewithal to support himself or to help others is hampered in what he can accomplish.

The state of Israel is a good example of that. If the Jewish people had not invested hundreds of millions of dollars in Israel over the years, how would the state have arisen? How would we have all of the advantages that we now have?

Therefore, the Talmud has a high opinion of wealth. But, as in everything else in Judaism, it’s a matter of balance. Wealth is something, but it is not everything. Therefore, the pursuit of wealth must always be tempered by other values.

In the ancient world, the value of money was equal to the weight of the coin. Was it silver? Was it gold? How many grains? That told you what the coin was worth. But coinage impedes commerce. If you want to buy the Empire State Building for the bargain price of 80 million gold coins, you won’t be able to get on the boat. Therefore, in the ancient and medieval world, finance as we know it today was impossible. There was a limited number of gold and silver coins, but who could carry them all over the world?

The Talmud realized the problem and discusses it. Money basically became a matter of trust between people. It’s a psychological thing. The value of the paper of a $20 bill is worth perhaps a penny. But the bill is worth $20. Why? Because you and I have agreed that somehow, it’s worth $20. Psychologically, we have come to that realization that we will accept the piece of paper as being something of value.

Now that’s a leap of faith that requires a sophistication that was lacking in the ancient and medieval world – except amongst the Jews. The Talmud was very astute in its understanding of the economics of currency. It never viewed currency as an absolute value, but rather as a commodity whose value fluctuated relative to other commodities. The Talmud discusses, for example, how much silver could buy how much gold. It’s all very sophisticated and abstract. And the Talmud was written in the 3rd, 4th, and 5th centuries when the rest of the world had no way of dealing with these problems. And that is a great part of the reason that Jews were at the forefront of finance.

How the Jews Invented Checks

How the Jews Invented Checks