How to Read a Newspaper 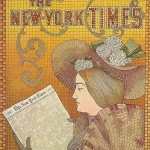 The whole world reads newspapers. The whole world watches news. But even though we all hear the same facts, the conclusions that we draw are altogether different. Often, they’re even contradictory.

History is neutral. Facts, dates – they’re neutral. But we all know that history depends upon the interpretation of those facts. So then we have to know: what’s the correct way to interpret them?

The first day was a disaster. I remember we learned a section of the Talmud that had to do with – you’ll excuse me – the problems of an animal defecating on the street and what type of liability accrues to the owner if somebody comes along and . . . You get the picture.

We were thirteen years old. We were rolling on the floor. So that lesson was an absolute disaster. But I remember thinking to myself at home that night, “How’s he going to recoup? How’s he going to teach us?”

I’ll show you what a genius of a teacher he was. The next day, he came into class with a Chicago Tribune under his arm. He could not read a word of English, but he opened it up and said in Yiddish, “Boys, I’m going to teach you how to read a newspaper.”

We didn’t learn one word of Talmud that day. Looking only at the pictures in the paper, Rabbi Kaplan started to tell us teachings from the great rabbis and how they applied. And after half an hour, he had us. He saw things in those pictures we never saw. By the end of that class, which was two hours and ten minutes long, we walked out of the room and didn’t feel that a minute was wasted.

A little water has gone under the dam since then, and Reb Mendel is not here anymore, but I still remember that lesson. You have to know how to read the newspaper. A Jew has to know what is REALLY going on. Not what The New York Times says is going on, but what REALLY is going on, and the Bible is our key to being able to do that. If we understand the historic events in Bible, we can understand what happens with us today.

What the Bible has to teach us about history is completely opposite to what we learn in secular schools. Whether we wish to admit it or not, secular schools have adopted certain principles that were stated by an apostate Jew by the name of Karl Marx. Even though Marxism is dead, it had an enormous influence upon Western civilization that still exists today. That influence is that literally, people don’t count. According to Marx’s “dialectical materialism,” all major human events are steered by unseen but all-powerful social, historical, and economic forces that no individual can stop. Therefore, no individual counts. Marx drummed that lesson into Western civilization.

The Bible teaches the exact opposite. That’s the meaning of the Talmudic saying, “Whoever saves one person saves the entire world.” Every person is a world unto himself. The behavior of each and every one of us “little folk” is the basis of history.

Purim and The Persian Period