A Portrait of Lithuania Jewry 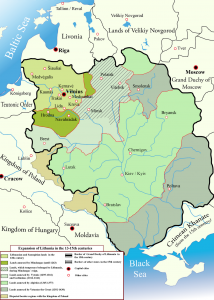 Jews lived in Lithuania for centuries. They were by nature a secretive, quiet, humble people. They did not make the noise that other sections of Eastern European and Central European Jewry made. Therefore, we do not really have the accurate picture of them to the degree we should. There is unfortunately very little written about them even today.

Lithuanian Jewry was, first, much poorer than most of Polish Jewry; certainly poorer than Hungarian and Czechoslovakian Jewry. The country itself does not have much in natural resources, except timber and swamps. Winter came early and summer late. Summer was broiling hot and winter was bitter cold. No one went to Lithuania for the weather.

There were two large cities: Vilna and Kovno. The main one was Vilna. There also were smaller places like Ponevezh (often pronounced Ponevitch), which was large by Jewish standards, and Telz, which was the county seat of a city. Overall, their numbers were not large. Before the Second World War, there were only about 250,000 Jews in Lithuania. Nevertheless, the influence of Lithuania was such that it was as though it had millions of Jews, because intellectually it was the crown of Eastern European Jewry. Out of Lithuania came a tremendous amount of Torah, yeshivas, and even intellectuals in the later secular movements connected to Haskalah. Lithuanian Jewish genius was disproportionate to its numbers.

The Jews of Lithuania had lived their own life in little towns for hundreds of years. For instance, in the little-known town called Vashky, Jews had lived for almost 600 years. At the turn of the 20th century it had 41 Jewish families and 26 non-Jewish families. Yet, it was large enough and well-known enough to have a rabbi and for there to be competition when the position opened.

The non-Jewish neighbors knew all sorts of details about Jewish life and lore. They were often very well-versed in the Shulchan Aruch, the codebook of Jewish law. Even the calendar of the non-Jews followed the Jewish calendar. Of course, none of that prevented them from destroying the Jews when the time came. Nevertheless, it shows how the Jews took root in those towns.

The Jews did not converse in Lithuanian. They knew enough words to get by in a conversation, when necessary, but Lithuanian was not their tongue. Yiddish was. Lithuanian Jews had a special accent, which one can still hear today in their pronunciation of Hebrew and of Yiddish. They are famous for mixing the “sh” and “s” sound. Either way, their ability to remain Jewish was extraordinary.

They also had a very ironic view of life, expressed with a very sardonic, wry sense of humor. They made up all sorts of folk sayings which really characterize life.

Finally, Lithuanian Jewry was known for its impeccable honesty and commitment to ethics. That is why Lithuania turned out to be the most fertile ground for the Mussar Movement. In Lithuania it found an audience. The Jews were extremely committed to ethics and self-improvement.

The Path of the Righteous

The Gaon in Exile

The Gaon in Exile