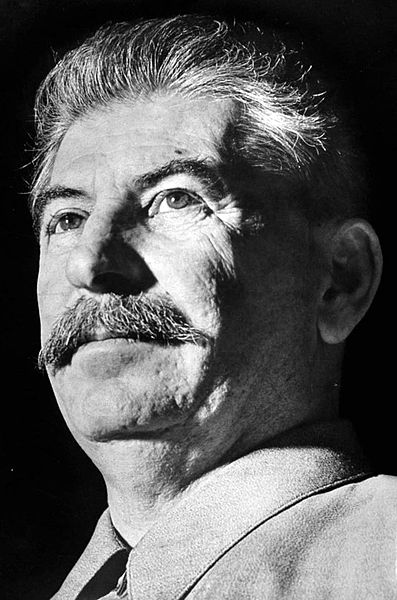 Stalin died suddenly on the first day of the Hebrew month of Adar (Adar I), in the middle of perpetrating the “Doctor’s Plot,” a conspiracy to have prominent Jews arrested, sent to Gulag, or executed. His death effectively ended the plot and the new Soviet leadership admitted that it was entirely fabricated.

Robert Conquest is one of my favorite authors. He is a Senior Research Fellow at the Hoover Institute in California. He is an historian, poet, literary critic, political writer and the author of a number of marvelous books about the dreadful years of Stalin’s rule over the Soviet Union. One of them, The Great Terror, depicts Stalin’s reign of terror in the 1930’s that swallowed up old of his old Bolshevik comrades plus millions of other hapless Russians.

Another work of his, The Harvest of Sorrow – The Great Famine – details the fate of the millions of Russian peasants killed by him through starvation and other means in the 1920’s as part of his mad Marxist scheme of agricultural collectivization. Conquest writes with insight, clarity, brevity and the necessary sardonic view that allows one to read on without retching in disgust at the barbarity of the “progressive, peace-loving” forces headed by Stalin. Only by reading these books, can one begin to appreciate the Divine gift granted to the rest of humanity by Stalin’s unexpected death in 1953. In a century that also featured Adolf Hitler, Mao Zedung, Pol Pot, Saddam Hussein and other such mass murderers, Josef Stalin still remains the champion killer of all the twentieth century and thus probably of all time.

Stalin, from his earliest days as a seminary student in Tiflis, hated “yids.” In 1906 he stated that the hated Mensheviks were a “Jewish organization” but that the Bolsheviks were a truly Russian group. He therefore, ‘in jest’ recommended a pogrom against the Mensheviks.

But it was not until after Hitler’s defeat in World War II and the beginning of the Cold War that this latent hatred turned into a public obsession. As Conquest writes:

Stalin’s attitude [towards the Jews] seems to have been based in part on what he took to be Hitler’s successful use of anti-Semitic demagogy. It was certainly also due to his increasing Russian nationalism, to which he felt, most, or many, Jews were not truly assimilable. And the idea of a special Jewish predilection for capitalism is of course to be found in Marx. He especially opposed Jews who were Bundists, or religious activists, or ‘cosmopolitans,’ or secessionists, or Zionists, or were agents of American-Israeli organizations.

In the autumn of 1948 Golda Meir arrived in Moscow as Israeli ambassador. A huge crowd of Jews turned out to greet her on Rosh Hashanah. On 8 November she was warmly welcomed at a diplomatic reception by Polina Molotov (the wife of V.M. Molotov, Stalin’s longtime foreign minister), herself a member of the Jewish Anti-Fascist Committee. For Stalin this public and private demonstration of Jewish feeling seems to have been the last straw. …an open, full-scale campaign of attacks on Jewish culture and attitudes, and on Zionism, soon began in the press. The theme was that the country’s values were being undermined by ‘rootless cosmopolitans.’ There was a particularly vicious assault on [Jewish] theater critics, eventually described as ‘an anti-party group.’ When their Russianized names or pseudonyms were given, the original Jewish name was printed in brackets, and papers asked how anyone so named could understand Russian culture. Meanwhile unpublicized arrests [of Jews], especially of writers in Yiddish, continued, and there was a general growth of public anti-Jewish pressure. Among those arrested at the end of 1948 was Polina Molotov.

Her husband made no comment or protest to Stalin as his wife was carried off into the Siberian gulag.